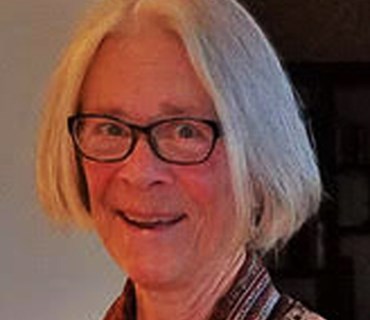 I've been an avid supporter of Portland Opera since I persuaded Intel to transfer me to the Portland area in 1992. In 2008, I achieved my 40-year dream of being a supernumerary--in Beethoven's Fidelio. During the performance run, Chris Mattaliano asked me if I'd be interested in being on the Board.

How did you get involved with the opera?

My father always listened to the Metropolitan Opera Saturday afternoon broadcasts. At one time we even had a parakeet named "Manrico." He explained the general plot outline of many of the operas, and by the time I was in high school, he took me to a few opera movies. I specifically remember The Tales of Hoffmann. When I was a student at Swarthmore College (my father and family transferred to South Dakota) I visited friends in NY and got standing room tickets at the old Met. After I got settled in the SF Bay Area, subsequent to college graduation, I volunteered as an usher at San Francisco Opera, of which I have been a season-ticket holder since 1980.

What is your favorite Portland Opera memory?

It's hard to decide—either the final dress rehearsal of Fidelio the evening after Obama was elected, when the Keller audience radiated the sense of triumph & freedom that was being celebrated on stage. Or, soon afterward, being a "court-lady dressed as a fortune-teller in Rigoletto--when I stood next to a baritone chorus member on the upper level of the stage (like a balcony on the mainstage--and intoned, in my deepest voice--"Monterone," every time the poor count, whose daughter had essentially been raped by the Duke, miserably wandered out on stage.

One more thing: all those years of wanting to be a "super," it was because I wanted to be in the middle of the music. Once I had the experience, I realized that, even more, the thrill came from seeing how the director brought the production together.

Opera is the art form that encompasses all others. It includes story-telling, music, song, dance, theatrical production, and graphic arts. Live performances are incomparable to any other form of entertainment, as far as I'm concerned. 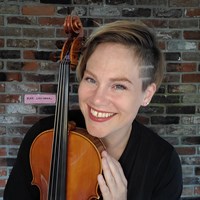