About the Composer & Librettists

Learn more about Giacomo Puccini, Giuseppe Giacosa, and Luigi Illica, the trio behind some of the most popular operas of all time: Tosca, La Bohème, and Madama Butterfly.

Giacomo Puccini (1858–1924) is one of opera’s most popular composers. His operas are famed worldwide for the drama and pathos of their plots, for their wonderful melodies and for the wealth of great roles they provide singers.

Puccini was born in Lucca to a family of church musicians. In 1880 he moved to Milan to study at the Milan Conservatory and while a student attended many performances at La Scala. Puccini wrote his first opera, the one-act Le villi, for the Sonzogno Competition; though rejected by the judges, its successful 1884 premiere led Giulio Ricordi to take Puccini on. His second opera, Edgar (1889) was a failure, but he scored a major triumph with Manon Lescaut (1893), his first mature work. While completing Manon Lescaut, Puccini began a fruitful collaboration with librettists Giuseppe Giacosa and Luigi Illica, with whom he wrote arguably his three greatest operas: La bohème (1896), Tosca (1900) and Madama Butterfly (1904). Following the death of Giacosa in 1906 Puccini struggled to find new subjects and collaborators. However, he continued to create impressive works, with the dramatic ‘Wild West’ opera La fanciulla del West (1910), the tender ‘lyric comedy’ La rondine (1917) and his most ambitious project, the three one-act operas that make up Il trittico (1918).

Puccini’s last years were spent working on his final opera Turandot, set in ancient China. Puccini never completed the final act – he died of throat cancer while working on the final love duet in 1924. Turandot had its premiere two years later, in a version completed by Franco Alfano.

Italian playwright and librettist Giuseppe Giacosa (1847–1906) collaborated with Luigi Illica on the librettos for Puccini’s operas Manon Lescaut (with others), La bohème, Tosca and Madama Butterfly, and at the turn of the 20th century was regarded as Italy’s leading playwright.

Giacosa was born in Colleretto Parella, Ivrea, and initially studied law in Turin. His short play Una partita a scacchi (A Game of Chess, 1873) brought him enough success for him to embark on a literary career. He was a friend of Arrigo Boito’s and wrote plays in a variety of styles. His collaboration with Puccini and Illica began in 1893, when he was brought in to work on the libretto for Manon Lescaut. Giacosa and Illica’s partnership on Puccini’s next three operas involved Illica drafting the scenarios and Giacosa putting them into verse for Puccini to set. Nicknamed ‘the Buddha’, he was a calm presence in these often turbulent projects.

Other musical projects include an adaptation of Una partita a scacchi for Piedmontese composer Pietro Abbà-Cornaglia and a draft for the oratorio Cain for Lorenzo Perosi. A planned further collaboration with Illica – a libretto on a Russian subject for Pietro Mascagni – was never realized. 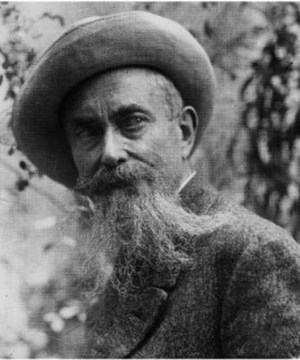 Italian dramatist Luigi Illica (1857–1919) wrote librettos for a number of important operas around the turn of the 20th century. He worked with Puccini on the texts of Manon Lescaut, La bohème, Tosca and Madama Butterfly and wrote librettos for many other operas, including Catalani’s La Wally and Giordano’s Andrea Chénier.

Illica was born near Piacenza and ran away to sea as a young man. In 1879 he settled in Milan, working as a journalist; during this period he lost part of his right ear in a duel. He began creating theatre works in 1875, and his first libretto – for Antonio Smareglia’s Il vassallo di Szigeth – dates from 1889. In 1892 Illica and Giuseppe Giacosa became the final two librettists to work on Puccini’s Manon Lescaut, bringing the text to completion after its long gestation. Illica and Giacosa also collaborated on La bohème, Tosca and Madama Butterfly, with Giacosa versifying Illica’s drafted scenarios. Illica worked independently on more than thirty further librettos, including a number by Giordano and Mascagni.

Though Giacosa’s death in 1906 brought an end to Illica’s most fertile period of collaboration with Puccini, Illica worked on Maria Antonietta, ultimately never set by Puccini, until he enlisted for military service in 1915 at the age of 58.

Explore the five reasons why you won't want to miss Tosca.