Portland Opera established the Resident Artist Program in 2005 and each year, 4-6 singers join the company for a rigorous residency and training program. Since its inception, more than 35 artists have participated in the program.

About the 20/21 Resident Artists

In recent seasons, Lynnesha Crump, soprano, was seen in numerous productions, including Gershwins’ Porgy and Bess at the Metropolitan Opera, Frances Pollock’s Stinney: An American Execution with Prototype Festival, and she covered the role of Stella in Offenbach’s The Tales of Hoffman at Aspen Music Festival. Hailing from Washington, D.C., she is a graduate of the Mannes School of Music where she received her Master of Music and Oberlin Conservatory of Music where she received her Bachelor of Music in Vocal Performance.

Jasmine Johnson, mezzo-soprano, made her professional debut with Opera Parallèle in the world premiere of their original opera, Amazing Grace, in 2015. Committed to new music, Johnson has also collaborated with Festival Opera on developing Wang Jie’s opera, Rated R for Rat (an eco-opera). Johnson received her Bachelor of Music, Master of Music, and a postgraduate diploma from the San Francisco Conservatory of Music.

David Morgans Sanchez, tenor, made his Metropolitan Opera debut in their 2019/20 season production of Porgy and Bess. In recent seasons, he has also performed with New York City Opera, City Lyric Opera, Sarasota Opera, Music Theatre Heritage, Des Moines Metro Opera, and Inside Broadway. A native of Kansas City, Sanchez holds a Bachelor of Science in Music from William Jewell College in Liberty, Missouri and a Master of Music from the University of Missouri-Kansas City Conservatory of Music and Dance.

Prior to joining the Resident Artist program, baritone Michael Parham has performed with City Lyric Opera, Opera Las Vegas, Voccalis Repertory Company, and the South Florida Symphony. Parham was a 2019-20 New York district winner of the Metropolitan Opera National Council Auditions, a 2019 Semi-Finalist in the Premiere Opera Foundation Competition, and a 2017 Finalist in the Meistersinger Competition in Graz, Austria. He is also a member of the American Spiritual Ensemble. Originally from Chattanooga, Tennessee, Parham holds a master’s degree from the University of Nevada, Las Vegas and completed his undergraduate work at Oakwood University.

Edwin Jhamal Davis, bass, made his professional debut with Mississippi Opera Company in the role of Simone in Puccini’s Gianni Schicchi. Additional recent credits include performances with Pompano Beach Orchestra, Bronx Concert Singers, and Boston Paramount Theater. A native of Utica, Mississippi, Davis is an alumnus of Jackson State University where he earned a Bachelor of Science degree and he holds a master’s degree from the Manhattan School of Music.

Portland Opera also wishes to thank the following organizations for their generous support: 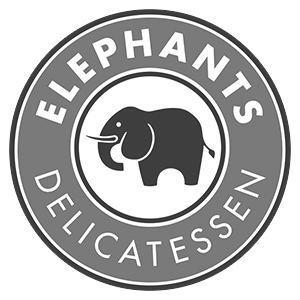 Go here to make a gift in support of this program. For more information about supporting our Resident Artists, please contact giving@portlandopera.org.