I play Principal Oboe in the orchestra. I first won the position in 2005 and played for 1 season. Unfortunately I had to step away from the position after that season because of an abundance of conflicting work schedules, not a terrible problem to have I suppose but I really wanted to play Opera! Fortunately I had the opportunity to audition for the Principal Oboe role again in 2010 and I won the position. I was so thrilled to be back in this seat and to play Opera again!

What music/book/movie/show/poem/place/moment is currently inspiring you?

I recently watched A Beautiful Day in the Neighborhood which is the movie about Mr. Rogers who is played by Tom Hanks, of course. I was hesitant to watch this movie because I saw the Mr. Rogers documentary: Won't you Be My Neighbor? and it made me very emotional. Despite my hesitation, I decided to give it a try and I was really surprised. The movie contained some violence near the beginning which caught me off guard because I had learned that Fred Rogers was quite opposed to solving problems with violence. I quickly learned that the violence was setting the stage for a beautiful lesson to be learned about how we treat each other. It inspired me to be a little more patient with myself and others, especially with everything we're going through right now. I would definitely recommenced watching A Beautiful Day in the Neighborhood.

When you were a child, what did you want to be when you grew up?

When I was fairly young I wanted to be an astronaut and after that I wanted to be a doctor. When I was 10, I began playing the oboe and I loved it. I was passionate about it and I was immersed in music. I think my mind was made up early in my life about becoming a musician. If I ever had to change careers though, I think I would like to do something in the medical field.

In my free time, you can usually find me...

At this time, during the Holiday season, my guilty pleasure has been watching Hallmark Christmas movies. They often have the same formula but I find myself smiling and feeling so happy while I am watching. It helps me feel detached from everything else that's going on right now. 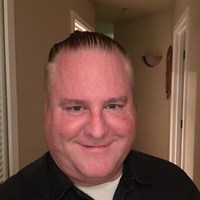 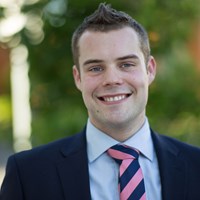