About the Composer & Librettists 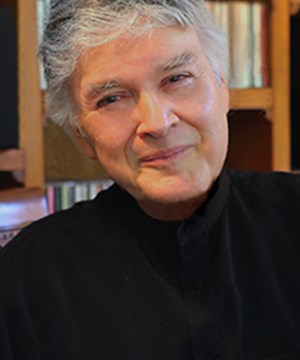 Robert Xavier Rodríguez is “one of the major American composers of his generation” (Texas Monthly). His music has been described as “Romantically dramatic” (Washington Post), “richly lyrical” (Musical America) and “glowing with a physical animation and delicate balance of moods that combine seductively with his all-encompassing sense of humor” (Los Angeles Times). “Its originality lies in the telling personality it reveals.  His music always speaks, and speaks in the composer’s personal language.” (American Academy and Institute of Arts and Letters). Rodríguez has written in all genres — opera, orchestral, concerto, ballet, vocal, choral, chamber, solo and music for the theater—but he has been drawn most strongly in recent years to works for the stage, including music for children.

Rodríguez received his early musical education in San Antonio (b. 1946) and in Austin (UT), Los Angeles (USC), Lenox (Tanglewood), Fontainebleau (Conservatoire Américain) and Paris. His teachers have included Nadia Boulanger, Jacob Druckman, Bruno Maderna and Elliott Carter. Rodríguez first gained international recognition in 1971, when he was awarded the Prix de Composition Musicale Prince Pierre de Monaco by Prince Rainier and Princess Grace at the Palais Princier in Monte Carlo.  Other honors include the Prix Lili Boulanger, a Guggenheim Fellowship, awards from ASCAP and the Rockefeller Foundation, five NEA grants and the Goddard Lieberson Award from the American Academy and Institute of Arts and Letters. Rodríguez has served as Composer-in-Residence with the San Antonio Symphony and the Dallas Symphony. He currently holds the Endowed Chair of University Professor at The University of Texas at Dallas, where he is Director of the Musica Nova ensemble. He is active as a guest lecturer and conductor. 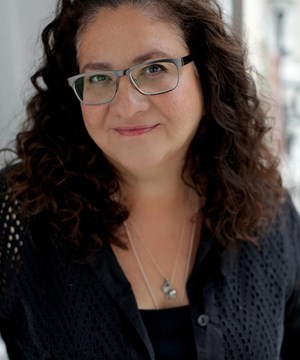 Her plays include: Salt, Fur, Miriam’s Flowers, Lucy Loves Me, Dreams of Home, Telling Tales, ¡CHE-CHE-CHE!, Latins In La-La Land, Cigarettes and Moby-Dick, Lolita de Lares, Yellow Eyes, and Running For Blood: No. 3 (a radio play). She wrote book and lyrics for the musicals Rushing Waters, Welcome Back To Salamanca and When Galaxy Six and The Bronx Collide; the libretto for an opera, Street Sense; and lyrics and monologues for Frida: The Story of Frida Kahlo. Her plays and monologues are published by NoPassport Press, Theatre Communications Group, U. of Arizona Press, Routledge Press, Penguin Books, Arte Publico Press, Applause Books, Smith & Kraus Publishers, and Third Woman Press. She taught playwriting at U. of Iowa/Playwrights’ Workshop, NYU’s Tisch School of the Arts, Princeton University, and at Amherst College, and guest lectured at Yale University, Wesleyan University, Mount Holyoke College, and Columbia University.

She received commissions from Mabou Mines, NYSF’s Public Theater, Crossroads Theatre, Steppenwolf Theatre, Latino Chicago Theater Company, Arena Stage, WNYC-radio, Ballet Hispanico, DUO and INTAR. Migdalia was awarded the 2013 Helen Merrill Distinguished Playwright Award (NYCommTrust), and is a 1996 recipient of the Kennedy Center’s Fund for New American Plays award for Another Part Of The House. Her play, The Have-little was the runner-up for the 1991 Susan Smith Blackburn Prize, and SALT was a 1997 runner-up. She participated in Obsidian Theatre of Toronto’s International Playwrights Festival in 2009, won a 2016 NYFA grant, 2005 Massachusetts Cultural Council grant, and a 1994 Connecticut Commission on The Arts grant for playwriting. At Classic Stage Company, she was a 1994 PEW/TCG National Artist in Residence. Migdalia was a 1997-98 Sackler Fellow at Connecticut Rep/UConn, a 1991 & 1995 NEA Playwriting Fellow, a 1988 McKnight Fellow, and received her MFA degree from Columbia University. She is an alumna of New Dramatists. She was born and raised in the Bronx.

Recent Projects: The Book of Miaou: Don’t Drink Everything Your Mother Pours You at Princeton University, a commission in conjunction with the Fornés Symposium in April 2018; Macbeth, a new translation for OSF’s PlayOn! Project will be presented at Actors’ Shakespeare Company in Boston & the African-American Shakespeare Company in San Francisco in Fall 2018 & in NYC in 2019; El Grito del Bronx at Brown University (4/14), NYU/Tisch (4/08), at the Milagros Theatre (OR) 4/09, and at the Goodman in a co-production with Teatro Vista & CollaborAction (IL), 7/09; FUR presented at UNM at Albuquerque, 3/08. She developed Two Roberts: A Pirate-Blues Project at the Lark (NY) with a 2010 NYSCA grant; is inspired by Petronius’ (69a.d.) & Fellini’s (1968) Satyricon to write Satyricoño about 21st C. America; and is at work on a play about Chekhov, his marriage to Olga, and his death by consumption as he wrote the Three Sisters, called Never Moscow. She co-taught with experimental theater artist, John Jesurun, for the Monarch Theater at LaMama (NY) in 2010; Telling Tales was produced in Santurce, P.R., Interacto (1/13); and Lucy Loves Me, was produced by INTAR in 2/13. She was a co-facilitator for Rising Circle’s 2014 INKtank for emerging writers of color. She has also translated four plays for the LARK’s Mexico/U.S. Word Exchange, 2008-2013. 2015: Frida at Michigan Opera Theatre; A Cold Spring Awakening at Half-Moon Theater’s “all you can eat” play festival at the Culinary Institute of America (Poughkeepsie, NY); Yellow Eyes at Visión Latino (Chicago); Latins In La-La Land at the College of Wooster (OH). 2016: FUR at Hero Theatre’s Festival Irene (L.A.) & Venus Theatre (D.C.); Lolita de Lares at Urban Theater Company (Chicago).  She teaches the  Fornés Playwriting Workshop in Chicago, June 25 - July 3 under the auspices Notre Dame’s Latino Studies Program, administered by Anne Garcia-Romero and she will also lead the 2018 LaMaMa/Umbria Playwrights’ Retreat in Spoleto, Italy, August 2 - 12.

The book for Frida was written by Hilary Blecher.

Discover the five reasons why we think you won't want to miss Frida.